This has been a challenging winter in many ways; the low temperatures, additional snow and puppies.  Of course the girls that I wanted to breed this year all decided to wait and come into season together, or almost together which meant that we had three overlapping litters. This is not something I recommend nor is it something I wanted to do, but none the less it happened and Sam and I were more or less ready for the onslaught of puppy breath.

I was really questioning my sanity when the first litter of twelve chocolates arrived on Halloween. If this was a hint of what was to follow, oh boy we were going to be busy. By Thanksgiving the litter of eight blacks joined the fun and it was already looking like that seven-foot stack of newspapers we had saved was not going to be enough.   But to make matters worse the weather took a dive into the frigid range and that meant everyone had to stay indoors.  Normally we move the pups to spacious outside runs set up just for them, but that was not going to happen now.

Luckily, we have a good arrangement at our place with a large entrance area that can double as a puppy playroom.  The twenty pups had a ball too as I had set up all sorts of things for them to explore.

There were tunnels, ramps, and various crates with things inside, and boxes of toys in every shape, size, and texture. We make an all out effort to expose the pups to all sorts of stimuli, including sounds and especially textures.  Textures are one thing a lot of people forget to expose their pups to but what I have found for future service dogs is the more exposure at the young age before the “fearful” stage, the better.  Not sure I can explain why pups go through a fearful stage at around 12 weeks but they do, so exposing them earlier to things that might freak them out later has become the norm at our kennel.

By textures I mean things like stubbly rubber mats, grooved mats, different kinds of carpet, wire on the ground, tile, wood, mulch chips, sand, gravel, grass and this winter LOTS OF SNOW!  It’s the snow that caused me more of a problem then anything else. Don’t get me wrong, I love the snow, and these are Labrador puppies that think anything associated with water in any form is really super fun.  The trouble though was not getting the pups out in the snow, it was trying to house break them in the snow.  Once the pups got outside and in the snow they would play and roll in it but could not bring themselves to pee in the snow. Apparently it was just a little too cold

Puppies love dragging everything into the tunnel.

and they were a little too close to the snow.  What happened was just too much like an episode from I Love Lucy.  I would get the 20 pups out the door and to the spot I shoveled for them which of course no one would use for its intended purpose.  The shoveled area became more of a staging ground for their escapades as you would see them huddle then break away in 20 different directions with me slipping and sliding trying to catch them.  At one point the snow was deep enough that the pups sank down and could not be seen. They of course loved this as they continued to tunnel like little snow moles around the yard.  The one good thing about the extreme cold was this game did not last long before everyone was getting frosty paws; so going inside was a bit easier.

This is where the real fun began. Since the pups did not do anything outside we now had to deal with the warmer house temperature triggering a chain reaction.  It was impossible to catch them all and take them back outside. My fingers were so numb from the cold I was moving at glacier speed which was not helping with the situation; so I was back to square one with housebreaking my winter pups.

I am not a big advocate of paper or litter box training puppies but this seemed liked my only option. The temperatures were plummeting further into single digits, neither the pups or I could tolerate that much cold; so I established an area for “pottying” with newspapers.  Within a day, the pups for the most part were using it; I just hoped no one ever left their Sunday paper on the floor around one of these pups, it would not be pretty.  My best Christmas gift was when the 12 chocolate pups went off to their new homes, which left me to focus on the black litter.

If you are house training your new puppy you might want to follow these few simple rules.

As I write this I am down to three pups, which are going to be here for a good long while, and the housebreaking for them is going along well.  I have the pups going outside with an adult dog who is very good about going to the designated “break” area.  It did not take long for the pups to understand what the purpose of the journey outside was all about with such a good role model. 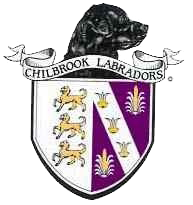